Community in the age of social distancing

Our research has shown that people yearn to feel more connected to their communities but don’t know how. Will Coronavirus change that? 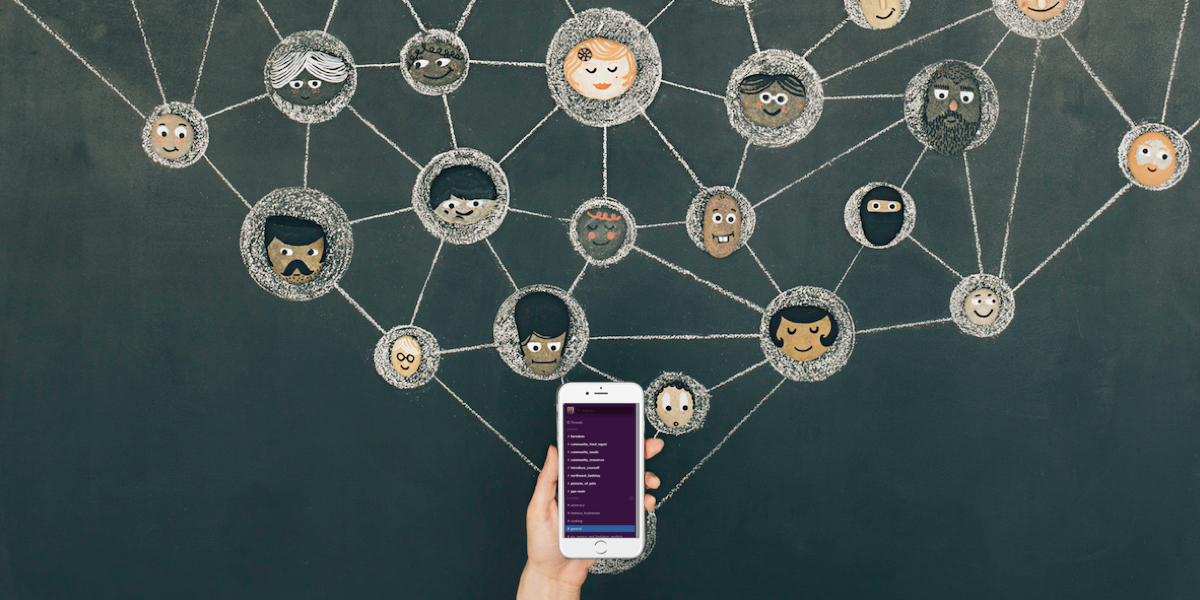 Over the last couple of years Cake & Arrow has published a number of research studies looking at a few key groups: Gig Economy workers, Millennials, Modern Families, and most recently new mothers. While our learnings from these studies have varied widely, several themes have emerged; a growing sense of precarity and instability, digital fatigue and loneliness, and deepening economic struggles have all surfaced across our research.

The Covid-19 pandemic, which has left millions without work and many more millions social distancing from their communities and even their families, has undoubtedly exacerbated many of the problems and vulnerabilities identified by our research. But it has also made some of the work we have done to design solutions to these problems of particular relevance.

Recently, for example, we have looked at insurance-related solutions inspired by the traditional mutual insurance model. It’s a model oriented around building values-based communities in which people can share and pool resources to protect themselves in emergencies and help safeguard against economic threats and uncertainty.

While most of the users we have tested these concepts with have been enthusiastic about the idea of sharing and pooling resources with a community, when it comes down to whether they would actually engage in this type of community, we have found that there are cultural barriers that create resistance. First, the users we spoke with expressed concern about individual fairness and members who might “take advantage” of such a community, while others expressed discomfort with the idea of admitting they need help and asking for it in the first place, believing they should be able to manage on their own.

The later sentiment is also reflected in a finding from our Modern Family research. In a survey we conducted last year, we asked respondents to name the greatest challenges facing their families. Respondents were unanimous in naming affordable healthcare, affordable housing, and affordable education for their children as their greatest challenges. There was less consensus, however, around who is responsible for addressing these needs. Even as the majority of respondents claimed it is the individual’s responsibility to provide and care for their family members, many found it impossible to do so without making serious compromises to their values, and named government programs as the solution.

To summarize, while many of the people we have surveyed – Millennials, gig workers, parents – feel financially strapped and are drawn to the idea of receiving more support from their communities and the government, they are reluctant to ask for help or even admit that they need help, and tend to see doing so as an individual failure.

The question that seems obvious now, with so many millions impacted by the crisis at hand, is: does the Covid-19 pandemic change any of that? And if so, will that change have any lasting effects?

Turning to community in times of crisis

The current global crisis has clearly brought issues around community and individual responsibility into focus, and we’ve watched this tension play out in real time. The very nature of how the virus spreads – through human-to-human contact – is a prescient reminder of our interdependence, of how our own individual health is dependent on the health of those in our community and beyond.  And with millions of people losing their jobs since the onset of the crisis and thousands of businesses across the country shuttering their doors indefinitely, many have little choice but to rely on others – family members, community groups, the government – for help.

Indeed, we’ve seen mutual aid networks springing up in response to the crisis all across the country. Apps like Nextdoor, often criticized for being little more than a platform for grievance culture, has, in the wake of Covid-19 become perhaps what it was long-intended to be, a place for neighbors to connect, organize and help each other out. Since the pandemic broke out, engagement on the platform has nearly doubled.

In my own neighborhood in Brooklyn, residents have utilized the office messaging platform Slack to form a mutual aid hub called #bedstuystrong. The network is now comprised of thousands of neighborhood residents who together have raised tens of thousands of dollars to support neighbors in need of groceries and other critical supplies and facilitated hundreds of volunteer grocery drop-offs. The group hosts an array of channels devoted to different topics. The PPE channel, for example, is a place for community members to organize around obtaining and distributing Personal Protective Equipment (PPE) for health care workers and facilities that need them, while the Bedstuy Businesses channel is devoted to sharing resources for local businesses and developing an action plan for the how the network can best support these businesses. There are also channels devoted to cooking, pictures of pets, and livestream events.

It is in this context, as individual needs continue to mount and communities band together in response, that we wanted to revisit some of the groups of people we have talked to over the years who may have been particularly vulnerable to this crisis. Namely, we wanted to talk to those working in the gig economy to see how they are managing in an actual emergency (as opposed to a hypothetical one). To see who they are turning to for support as the crisis has wreaked havoc upon the economy. And to better understand to what extent this crisis may have shifted attitudes around community, the pooling of resources, and asking for help.

While our research is still in progress, one interesting thing we have noticed so far in surveying people in the midst of this crisis is that among those surveyed less than 1% agree that in times of the crisis, it is on the individual to meet their own basic needs. The vast majority believe society – including the government, private businesses, and communities – have a responsibility to help. What remains to be seen is whether this crisis will change how people feel about asking for it.

To follow our ongoing research into the gig economy, you can subscribe to our newsletter. If you are a gig economy worker impacted by this crisis, we invite you to participate in our research by completing this survey.